The Art of Mindful Living

I listened to the audiobook of Thich Nhat Hanh's (@thichnhathanh) The Art of Mindful Living this week.

It made me feel much better about many things. I feel more calm, more aware of my breathing, and more aware of the present moment.

I found this quote particularly poignant, as my cohort is currently preparing for our first practicum placements: "When a cloud is about to rain, it does not panic like us."

As an introvert, the word "networking" used to terrify me. It all seemed so disingenuous. Since I began using Twitter, I have become a lot more confident in my networking abilities. I have been able to find common interests with people, and make genuine connections. I love being part of a community that shares what they are learning. Plus, Twitter connections give you something to laugh about during your first face-to-face meeting, so it has made conferences much easier for me.

Through Twitter, I have found resources that have shed light on my own experiences. One such example happened last night, when I found a TED talk through this tweet:


For kids with anxiety, it's NOT going to be fine unless WE AT SCHOOL are going to do something different. @HHG http://t.co/Ioqzrt9jsY
— Iram Khan (@teachermrskhan) March 11, 2015


I was able to connect with the speaker via Twitter, and let her know how her talk had impacted me:


@HHG I just watched your #TedxLangleyED talk, and it shed some light on my experiences. Thank you for sharing!
— Britney Allen (@MlleBallen) March 11, 2015


@HHG Absolutely! This has given me a lot to reflect on as a student-teacher, too: supporting intense learners, self-care, etc.
— Britney Allen (@MlleBallen) March 11, 2015


@MlleBallen Fantastic! Some of our most vulnerable learners are these intense, sensitive kids. Such potential, but need support!
— Heidi Hass Gable (@HHG) March 11, 2015

@HHG Glad to hear that this is being researched - hopefully future Ss will benefit from these findings!


Anxiety has been part of my education experience for as long as I can remember. It became particularly challenging when I was in grade 8, and the idea of going to school became too much for me. In grade 9, I began the 4C Challenge Program, and that helped immensely. However, I had very mixed feeling about my designation... @HHG's TED Talk has led me to reflect on why I felt that way, and how to support intense learners. (There are some great ideas in my post about the UDL workshop I attended recently.)

What I have learned through my PLN has been helping me to unpack my own experiences and grow as a person. I look forward to seeing where this connected learning journey takes me!

I have had a few conversations recently that have touched on the topic of mindfulness and wellness.
@h_james18 has been blogging about her learning journey on the topic of meditation. In this post she mentions that it's a difficult thing to learn publicly. She talks about "busy brain," which I definitely have (although stopping coffee has helped). She also refers to this TED Talk:


A friend of mine teaches meditation, and I have long been meaning to go to a session. I suppose this is an example of the glorification of busy, so I need to be cognizant of that.
I look forward to seeing what my colleagues come up with in researching wellness. From what I heard, at least one person is looking into student wellness, and another is looking into teacher wellness. One of my instructors from last semester is doing research about new teacher burnout.
Lifehacks, such as 20 daily habits of highly organized people, typically emphasize simplification to more reductionist/minimalist
ways of being.
I need to get more sleep. The trouble is, I find that when I am in the flow state (which tends to happen in the evening) I have a hard time slowing down and going to bed. I have read a lot of articles like this list of 10 things to do before sleep. (By the way, I love lists about as much as Scaredy Squirrel does.) Maybe these tips from ASAP Science will help me:

A month ago I started listening to podcasts and an audiobook. Previously, I had mostly been attempting reading during my eternity 4 hours of commuting each day. Because of all the great things I have been hearing about podcasts and audiobooks this term, I decided to download a few, including:

I learn well by listening, and I like having my hands free to sketch, write notes, or just hold my tea.

BC Libraries: Library2Go has a ton of audiobooks and ebooks. I downloaded the OverDrive app so that I can access this, and other online libraries, through my phone.

Invisibilia: The Secret History of Thoughts

I started listening to the Invisibilia podcast series recently. It's about "the invisible forces that spur human behaviour." @RileyPaton suggested it to me. She wrote a blog post about it, too: Fear = Thinking + Time.
The first episode, The Secret History of Thoughts, fittingly spurred a lot of thoughts. One of the stories reminded me of the book Out of my Mind, which we heard as a read-aloud in our Literacy class last term. According to the podcast, not all thoughts are to be taken seriously, though. If you're interested in the subject of mindfulness, give it a listen.
Right before listening to this episode, I had a conversation about reflection with a friend/colleague of mine. It was the ultimate in metacognition. It was one of those conversations that was both overwhelming and comforting. Is there such a thing as too much reflection? How do you strike a balance between reflection, mindfulness, and self-care?
Posted by Mlle. Allen at 1:33 PM No comments: 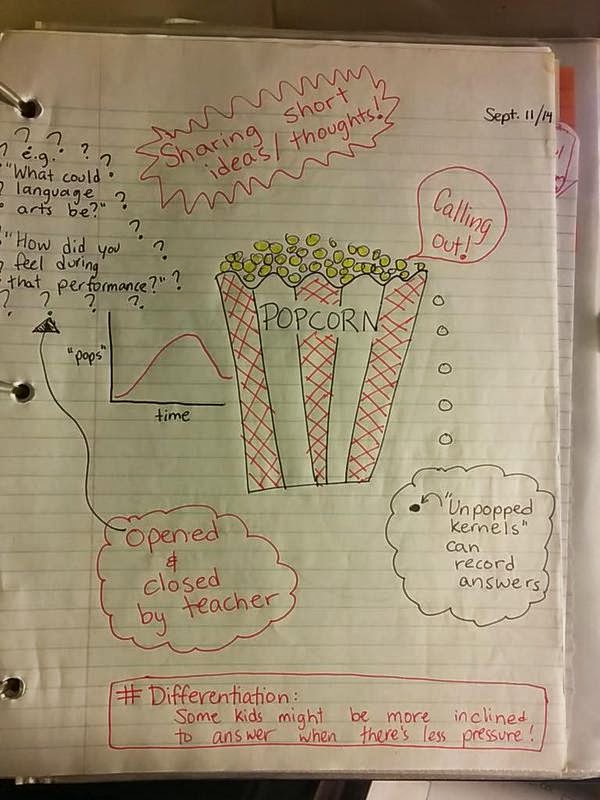